The function of Groups is to help categorize a users's working roles within your setup. While this sounds fairly similar to Departments, there is a distinct difference between the two, not only in semantics but in functional purposes as well.

The main differences between Groups and Departments are:

In short, use Departments when you are trying to represent a user's placement within an organizational chart, and use Groups to represent the various functions a user might carry out. 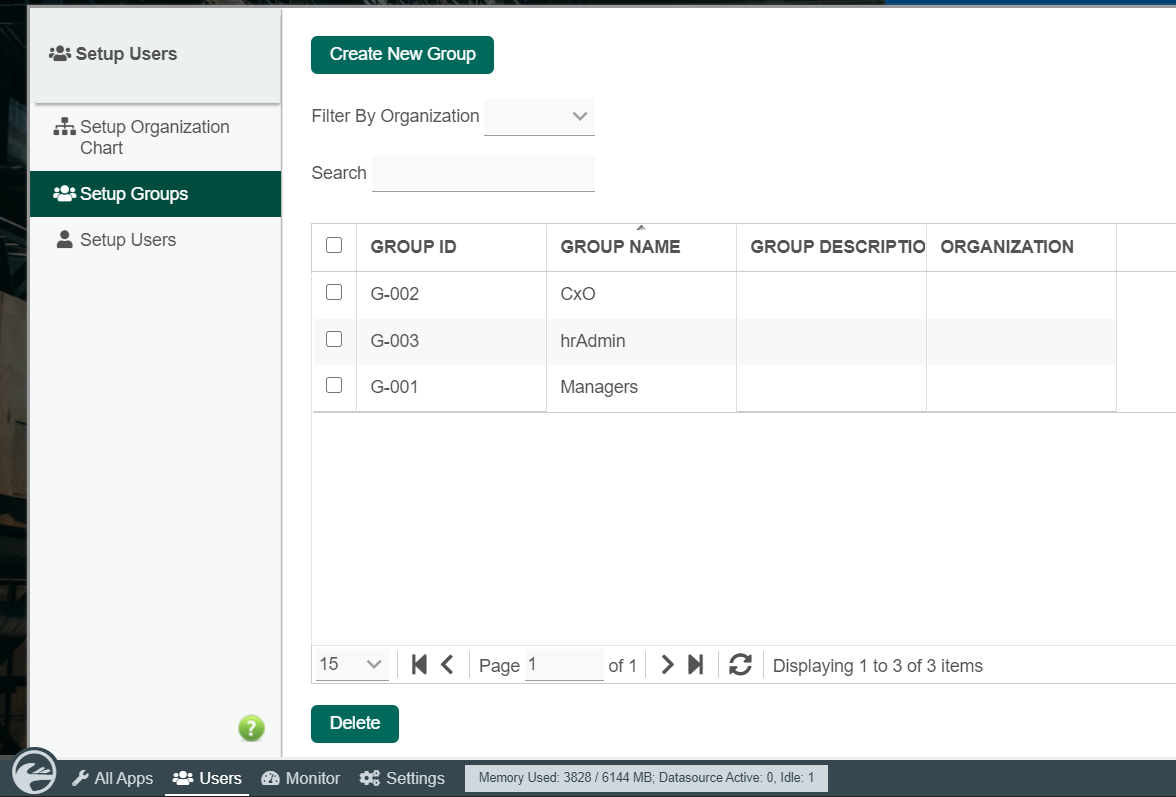 To manage groups, go to Users > Setup Groups.
Note that each group created can be tied to a specific organization, although not necessarily so. As mentioned earlier, a user can belong to multiple groups and, unless restricted, a group can have members that span several organizations.