Knowledge Base for DX 8

Advanced Tools can be found inside the Form Builder, List Builder, UI Builder as well as the Process Builder.

Addon Builder plugins also have access to this feature.

The easiest way to see how to access the Advanced Tools is to use the existing built-in App Expenses Claims. Here are the steps:

3. Click on Expense Claim New and you will be directed to the Form Builder.

5. In Advanced Tools, you will find 10 icons in all the builders mentioned with the exception of Form Builder and Process Mapper (see Figure 3).

6. The table below shows the comparison of Advanced Tools between the builders.

The > button can be clicked to hide the advanced tools.

The tree viewer in the first tab provides the app designer with the overall structure/definition view so that one can easily spot any anomaly and fixes it immediately without too much hassle and time spent. If the label of the element is empty, it will show the ID instead. Else, it will show the label. 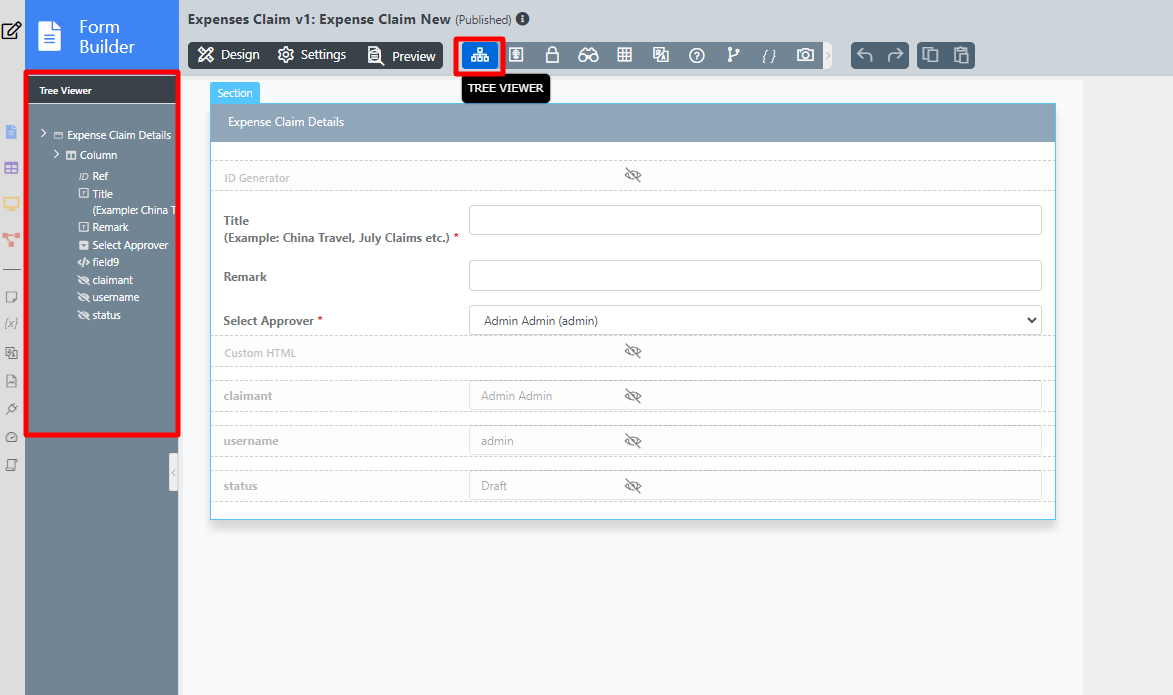 Clicking on the text allows one to configure/edit its properties right away. Upon saving the properties, the tree viewer will refresh itself.

The X-Ray is a feature that provides an overall view of what a structure consists of, what is the type and ID of the structure. For example, in Figure 8, it is shown that there are 4 types of objects in the section:

The X-Ray is a feature that provides an overall view of what a structure consists of, For example, in Figure 9, it is shown that there are 4 types of objects in the section:

The X-Ray is a feature that provides an overall view of what a structure consists of, For example, in Figure 10, it is shown that there are 3 types of objects in the section:

The Permission icon provides the app designer with fine-grain control over managing the permissions of each individual element in the builder.

Clicking on the "Add Permission" button allows one to configure the permission rule for a role/group based on a permission type (see Figure 12).

For each Permission rule added, determine which element will be visible for the selected role under the Authorized column.

For the Form Builder, additional permission can be set at the Section element and determine whether they are hidden or read-only under the Unauthorized column on the right.

For the UI Builder, additional permission can be set at the UI Category element.

The ERD is a feature that displays the relationship between the tables.

The diagrams can be clicked to reveal more detailed information about the table such as which forms use the table and what part of the table is having a relationship with other tables.

Describes what kind of relationship it has with another entity.

The Table Usage Feature displays the usage of the Table. Such as where it has been used.

XPDL stands for XML Process Definition Language,  is a format standardized by the Workflow Management Coalition (WfMC) to interchange business process definitions between different workflow products, which is why this feature is only available in the process builder see figure 26. 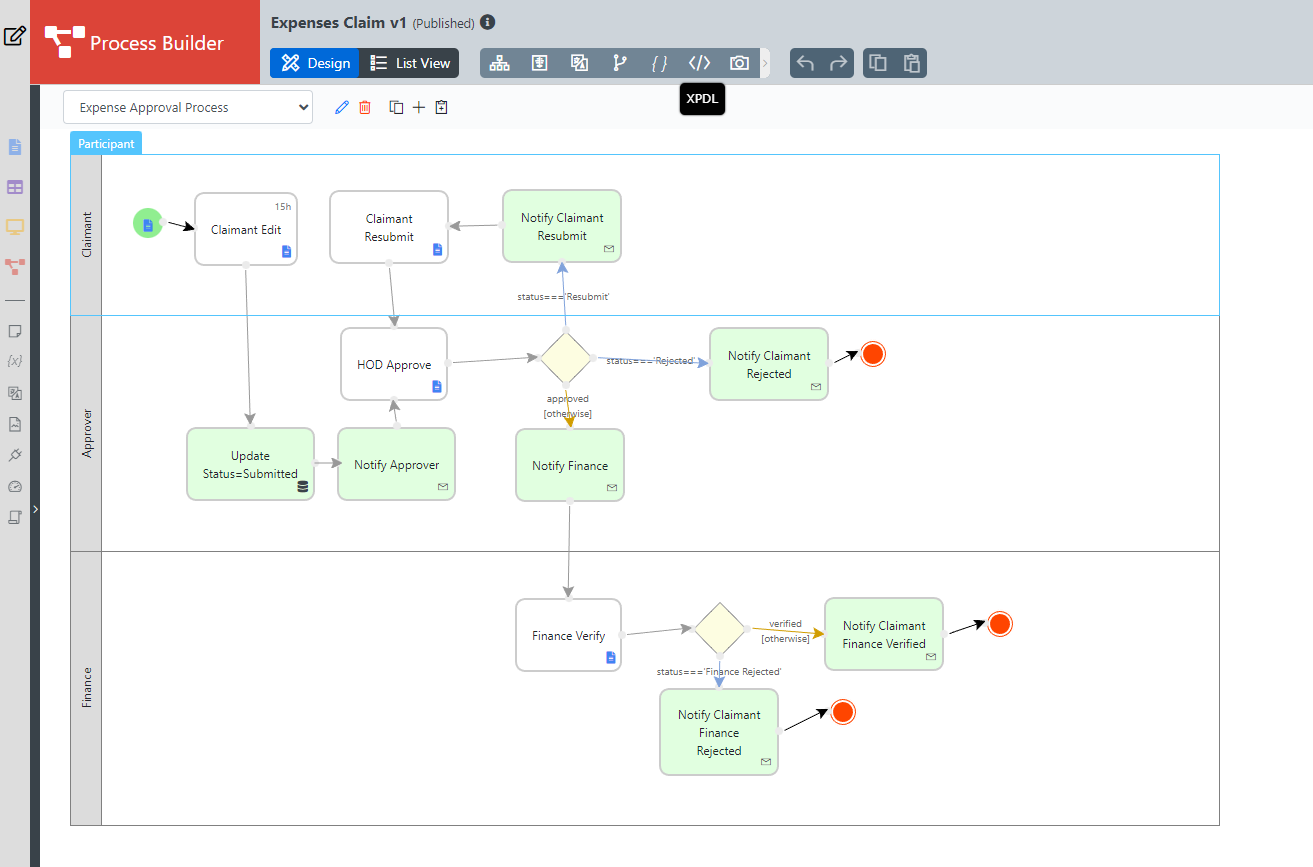 The screenshot is a feature that takes a screenshot of what it will look like in the UI. The screenshot can be downloaded by clicking the Download button located at the top right corner. This is useful for instance, sharing the design or look and feel to a client or even an employer.