There are 2 types of version controls available in Joget App management. They are:-

These are the instances where versioning is involved with:-

Updating application version will not affect any running process instances.

Each process version belongs to only one app version.

Under each process in processes tab, click on "Show Additional Info" link to reveal the Process Definition ID. You can find the process version in between the 2 hashes. 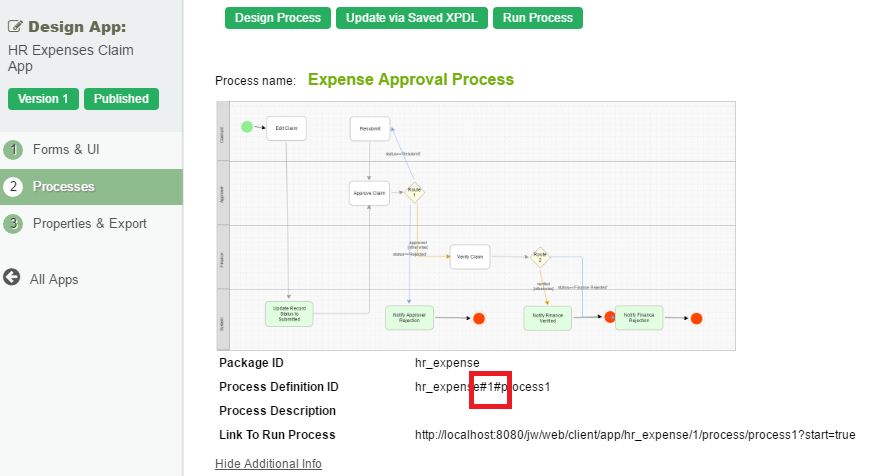 When one of the above takes place, Joget Workflow will find the next available process version and assign to it.

For example, in the table above, upon process design update via process builder, the process version will now turn to 2 from 1.

In some cases, one may perform a process design update on older app version even though there's a newer app version in place as illustrated in the table below.

In this case, app version 1 will now hold process version 3 and not 2.

In the Monitor Apps section, one can navigate to the process instance view and click on the Process Name link to lead to the designer console of the app version. From the screenshot below, this particular instance is of process version 6 and it belongs to app version 3. 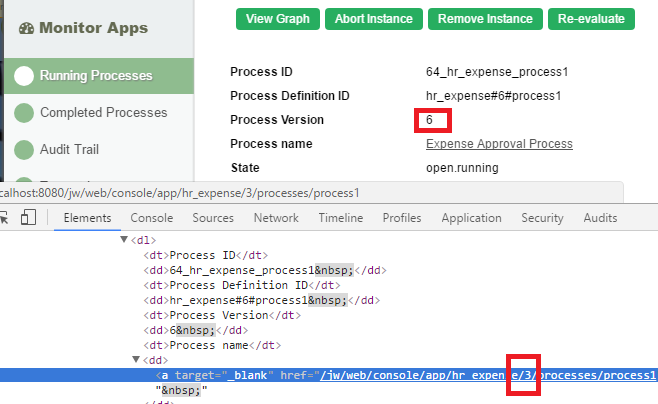 Published Version of App does not affect access of forms by process instance.

Do not remove an app version in a production server if there's still process instances running out from it.

For example, in the table and screenshot below, 123_hr_expense_process1 will show forms mapped according to its activity mappings under app version 1 regardless of whether app version 1 or 2 is published or not.

On the other hand, 124_hr_expense_process1 will show forms from app version 2. 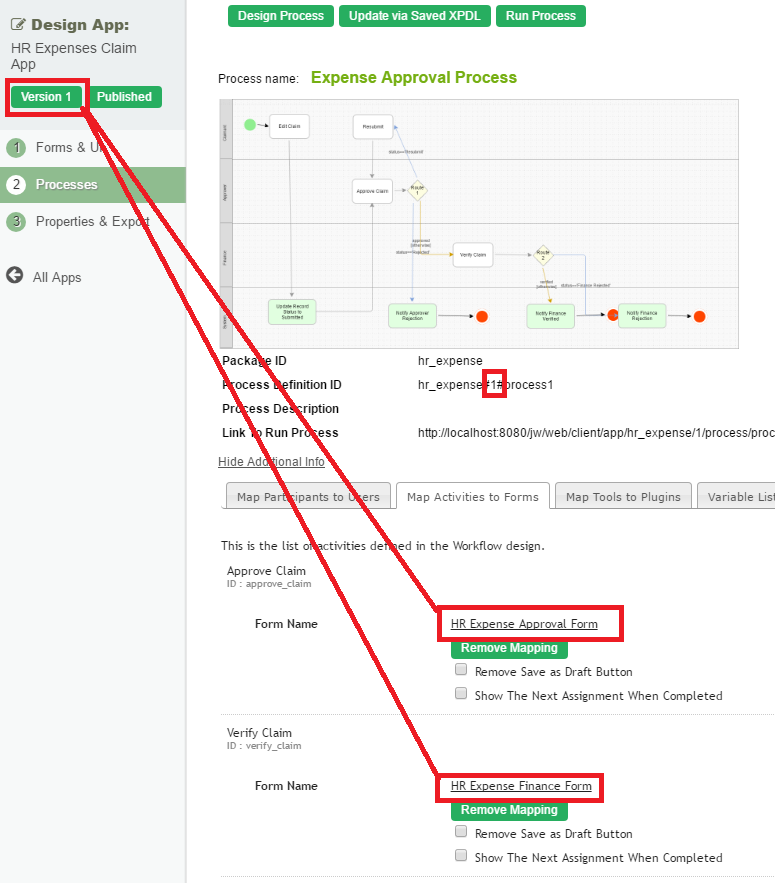 For the same record row, when viewed in a CRUD userview menu, there's an extra field given that in the current published version, a field has been added to the form.

In order to resolve the possible confusion and displaying the correct form intended for the record row, the following actions can be taken:-

How to obtain current app version?

The following code can be used in Bean Shell in:-