This article will explain how to create a new version of a Joget Workflow app and then published the new version, while keeping the old version as back up.

1. Navigate to the app front-end. In this example, we are using the Invoicing App.

Click on "Version" to navigate into the "Manage App Version" page.

2.Locate the "New Version" button to create a new version of the app. 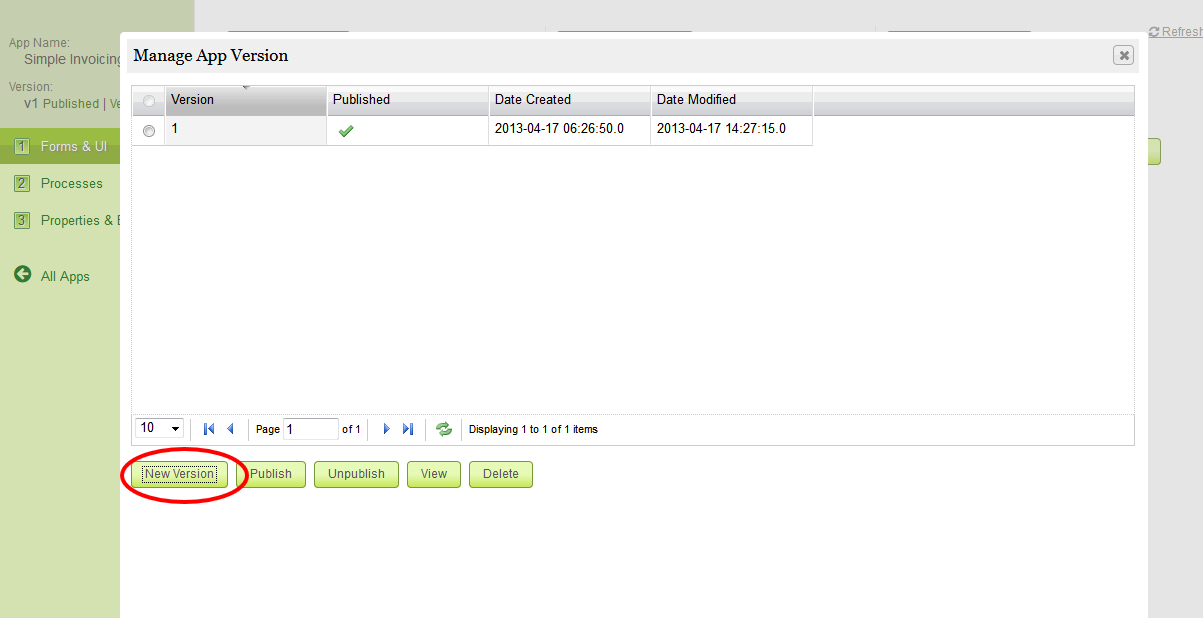 3.After you click on the "New Version" button, a pop-up dialog will prompt you to confirm that you want to create a new version of the app. 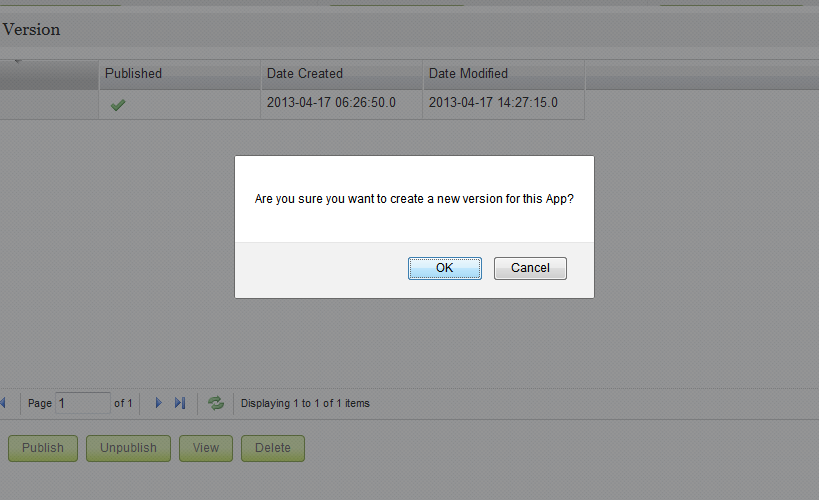 Click on "OK" to proceed to create a new version.

4.After a new version of the App has been created, you will be redirected to the app front-end. 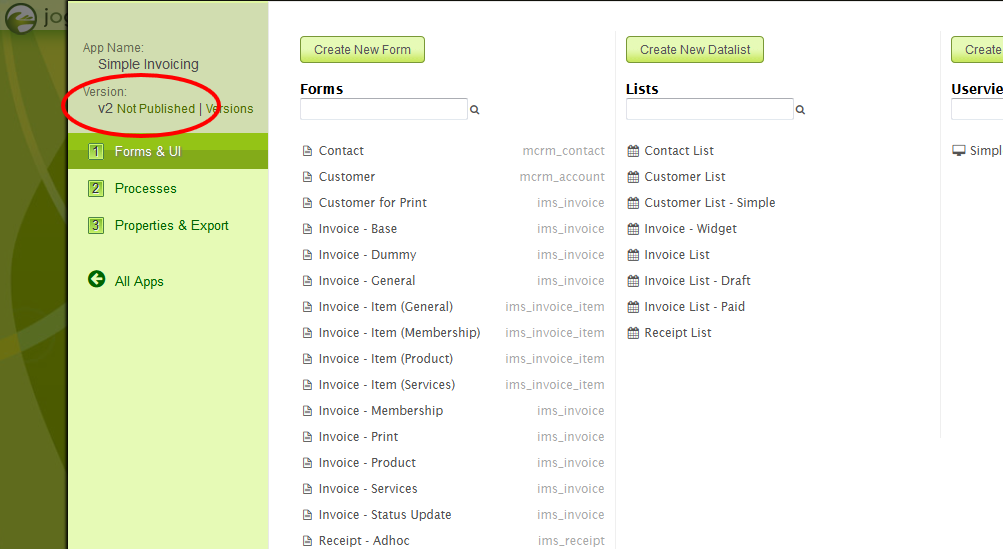 5. After you click on the label, the "Manage App Version" pop-up window will reappear. Select "Version 2" and click on the "Publish" button to publish the new version. 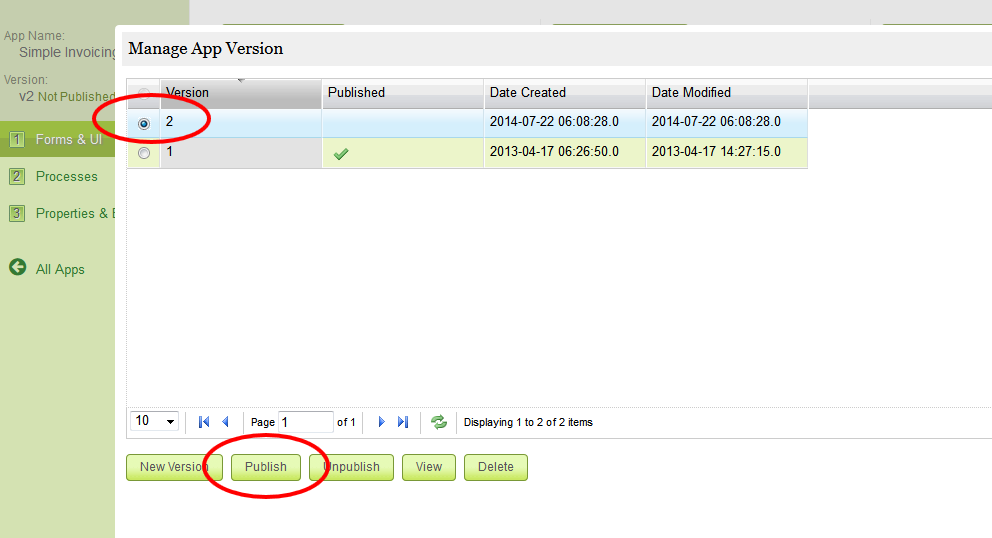 6. When the new version is published, you will be redirect to the following screen. 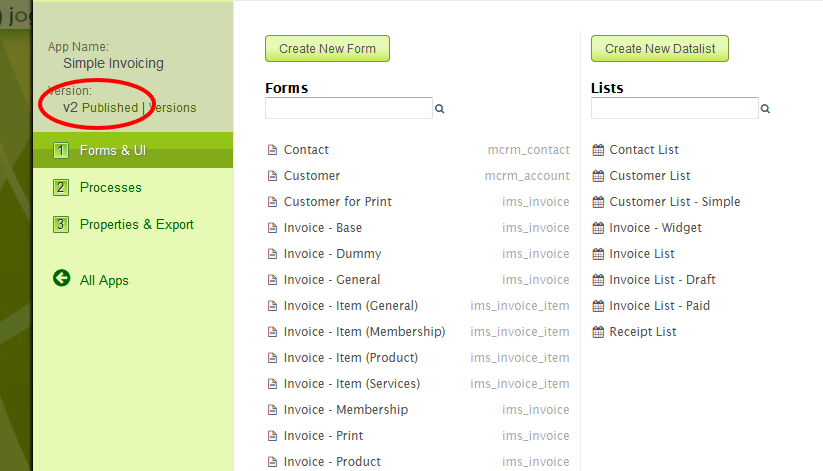 Now the "v2 Not Published" has been updated to "v2 Published". 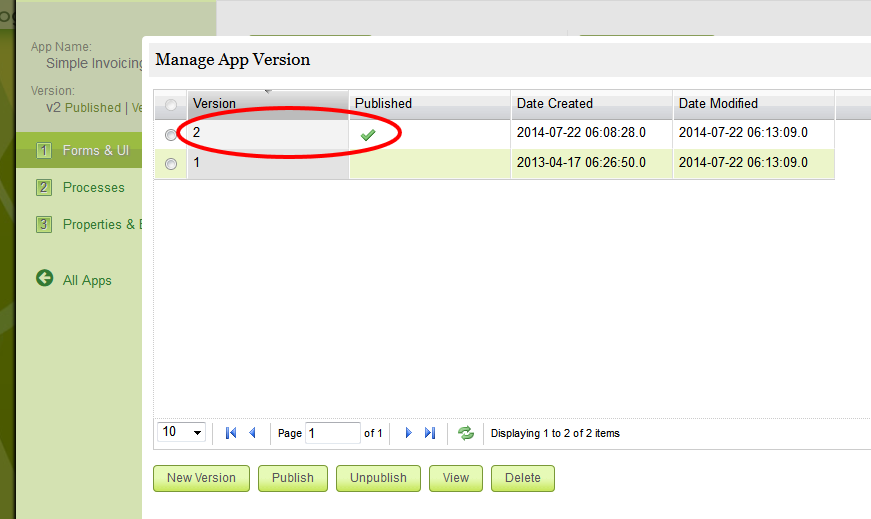 8. The following shows a screenshot of an app with many version of the app. 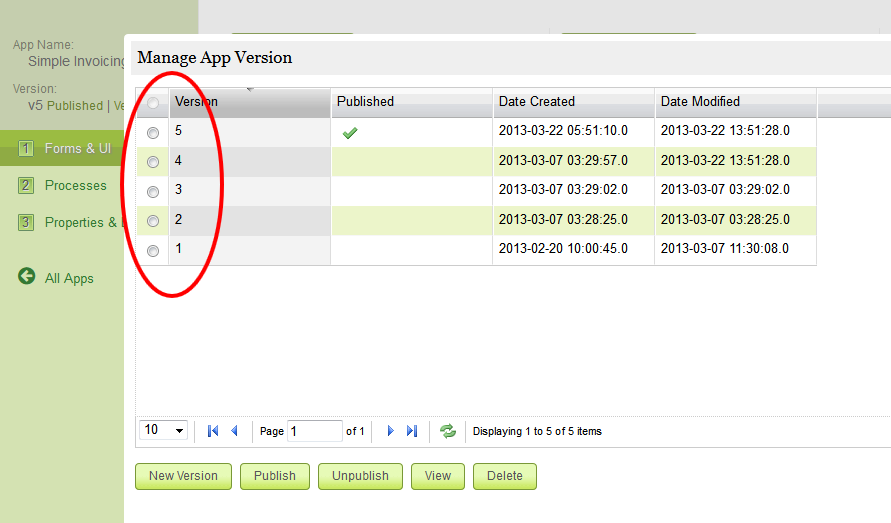 We would like to advice users to branch the app to a new version whenever they would like to make changes to their app that is already rolled out to production. This would also ensure that existing process instances will continue to run without being affected by your uncommitted/incomplete development work.