Decisions are used when you want to insert a point in your process where the flow will be determined by a set of rules. For instance, in our Leave Application process, once a requester submits a leave request, a review by the supervisor will be required. You will see in the figure below that the transition from the requester to a supervisor happens in a straight line, which tells us that whenever a requester submits a request, that request will always go to the supervisor and there are no other circumstances or conditions in which that will not be true. 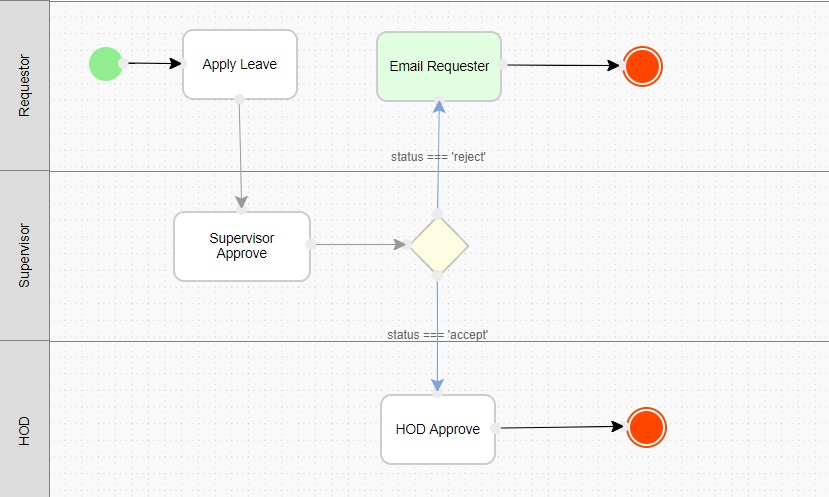 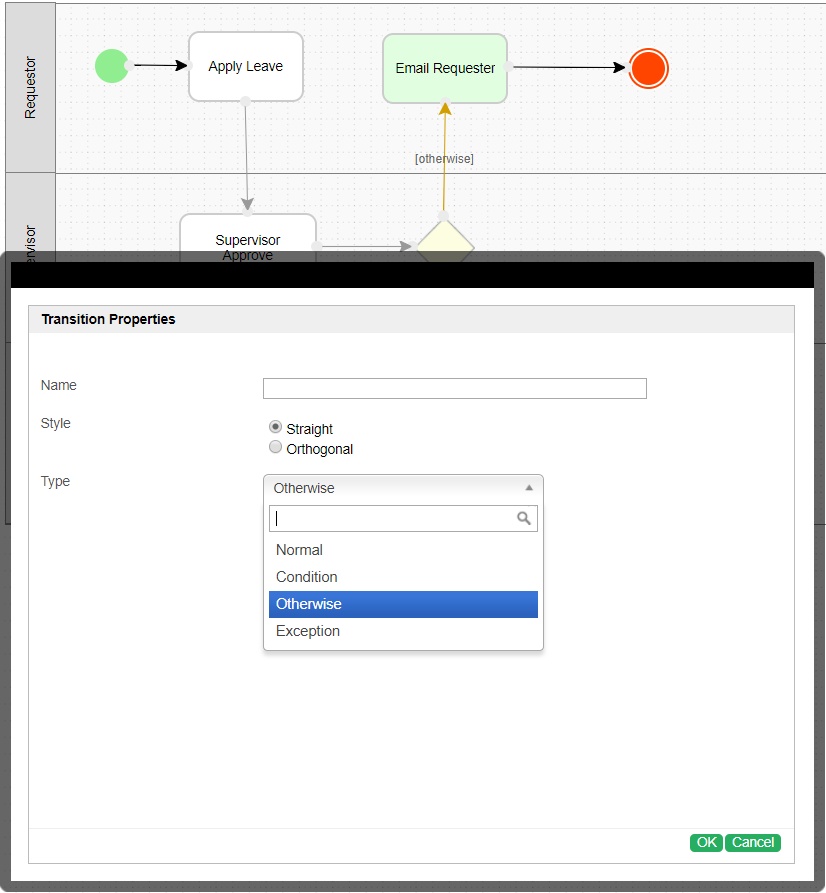 A fork is used when your process needs to split ways concurrently, meaning that your process will be traveling along 2 separate paths (hence, "fork"). For instance, in our given example, once the requester submits his leave application, a notification is sent to both his supervisor and HOD at the same time. If that is the case, we'll need to add a route, set the split type to "and" and our process will look like: 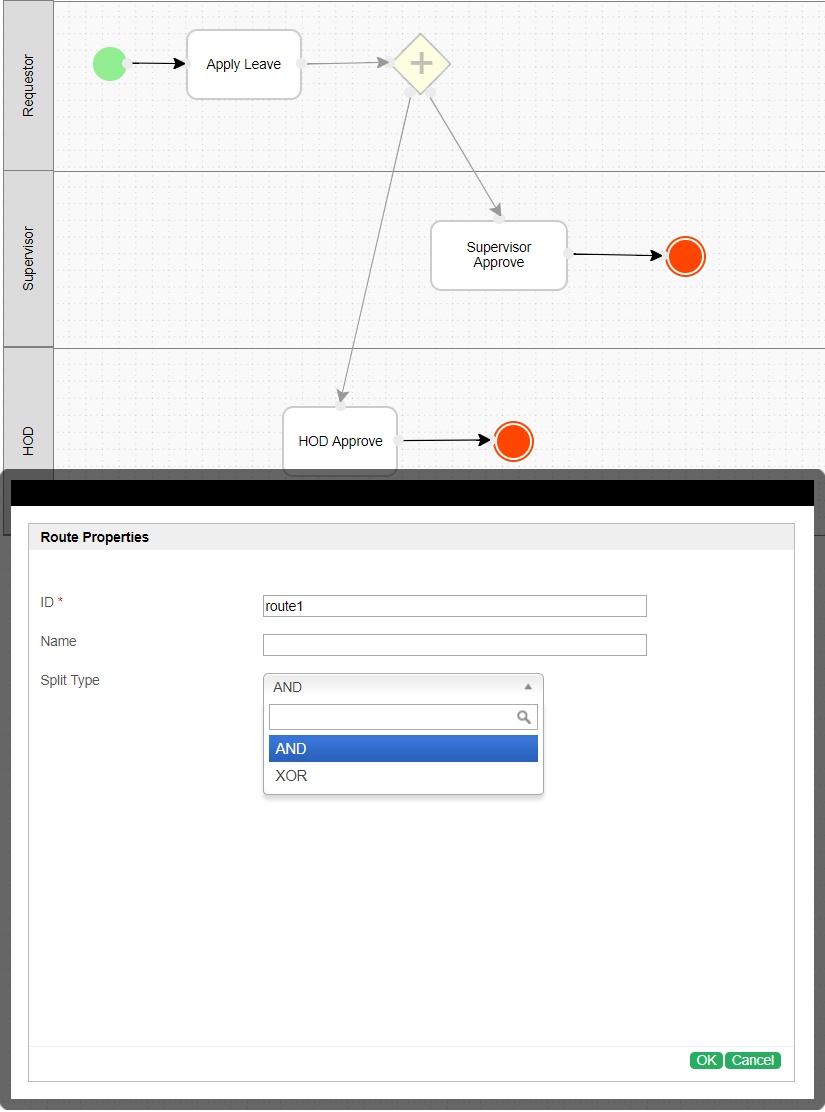 Joins usually occur when you have separate paths (usually caused by previous forks) in your process that you intend to merge. In our Leave Application process, once the requester submits his leave application, both the supervisor and HOD are notified. Once they respond, the application ends up at the back office desk for further processing. 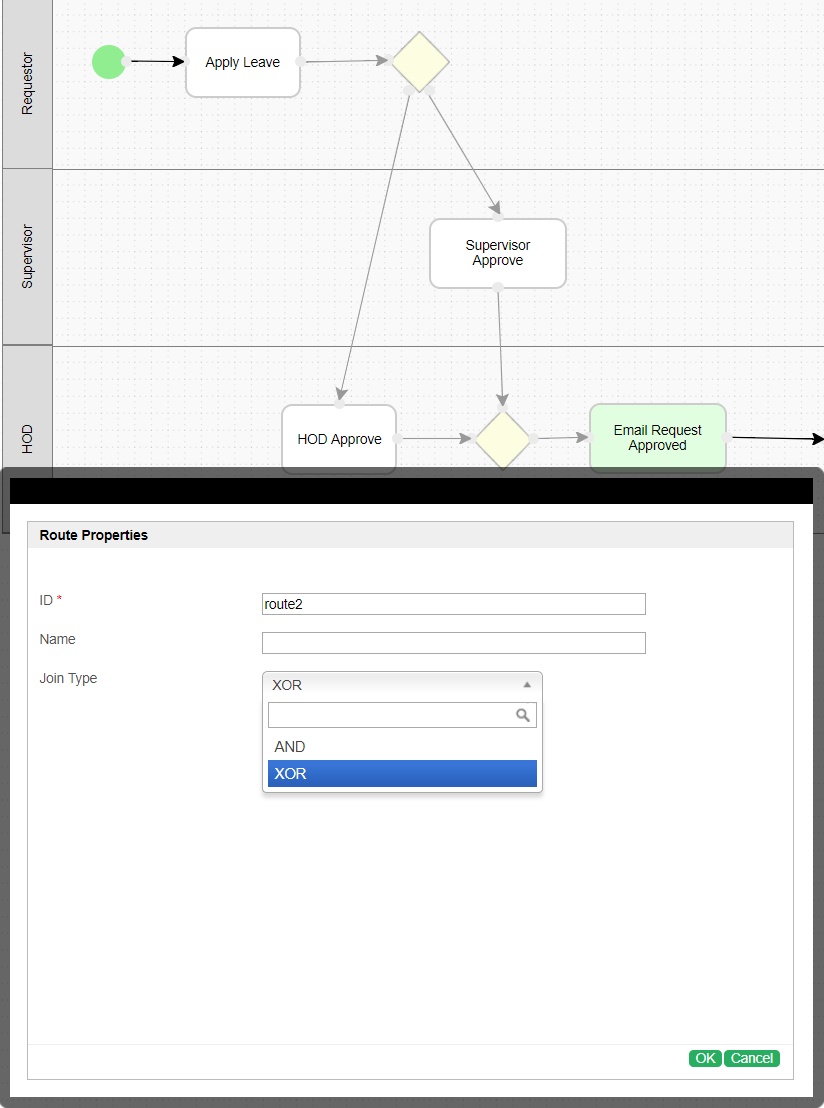 To sum it up, once the requester submits an application, the supervisor will decide on whether to accept or reject. If the supervisor accepts, the application will go to the HOD for approval. Two routes are needed here: one for when the supervisor approves and another for when the HOD approves. Again, while the position of the routes in specific swimlanes doesn't really matter, it is ideal to keep the process legible. 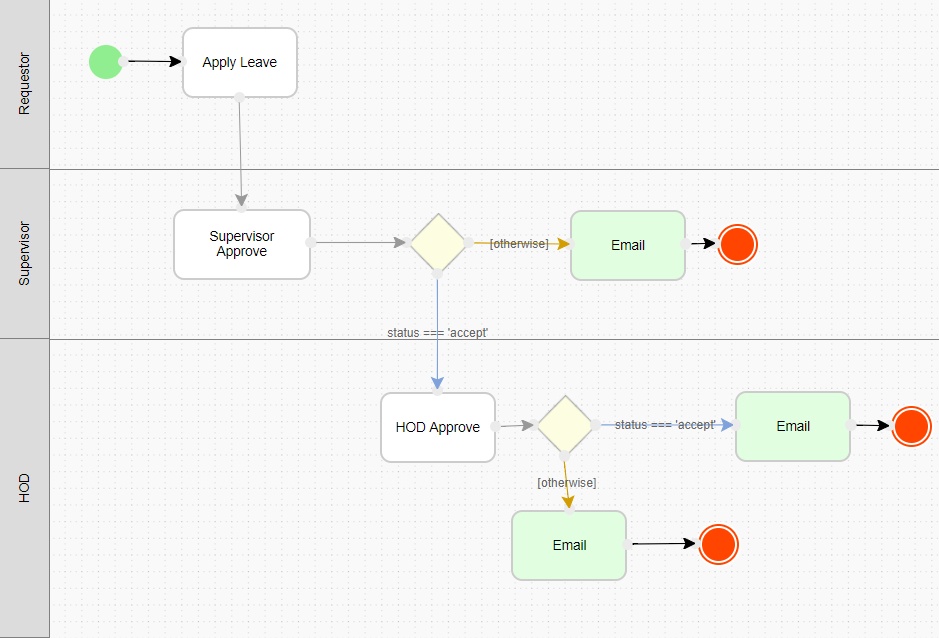