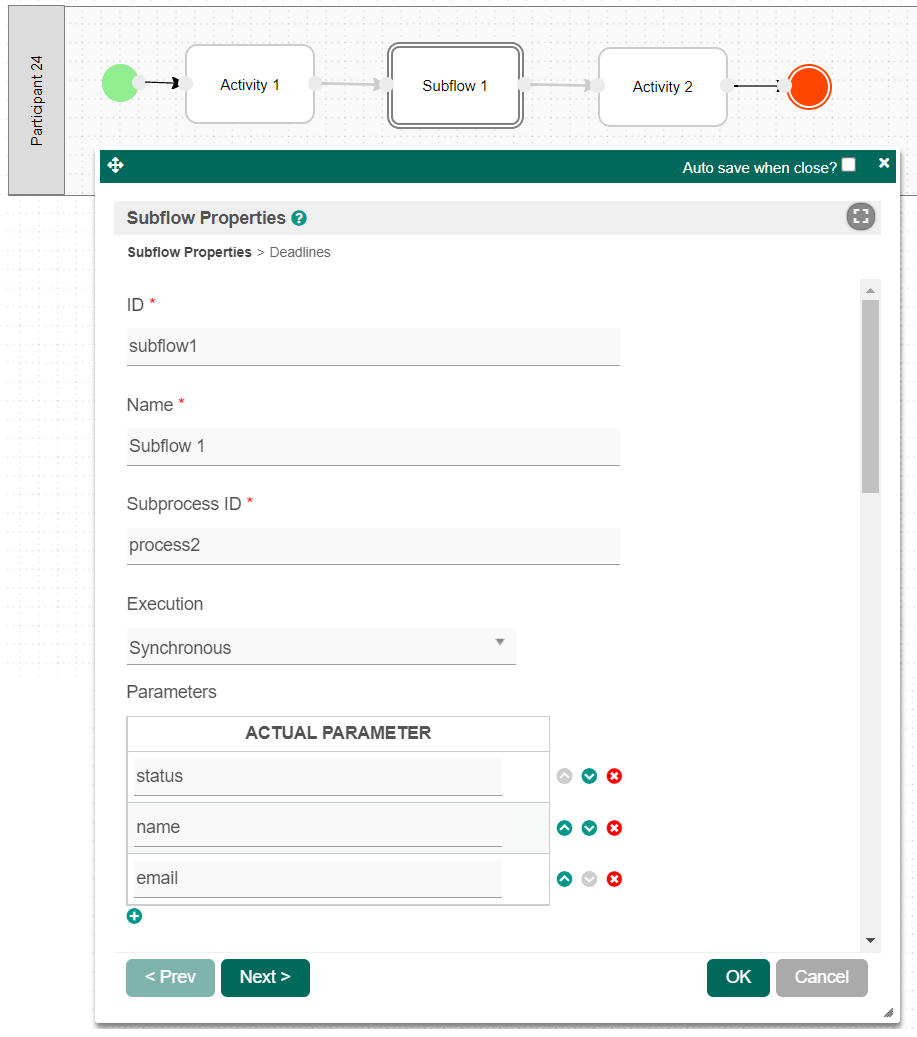 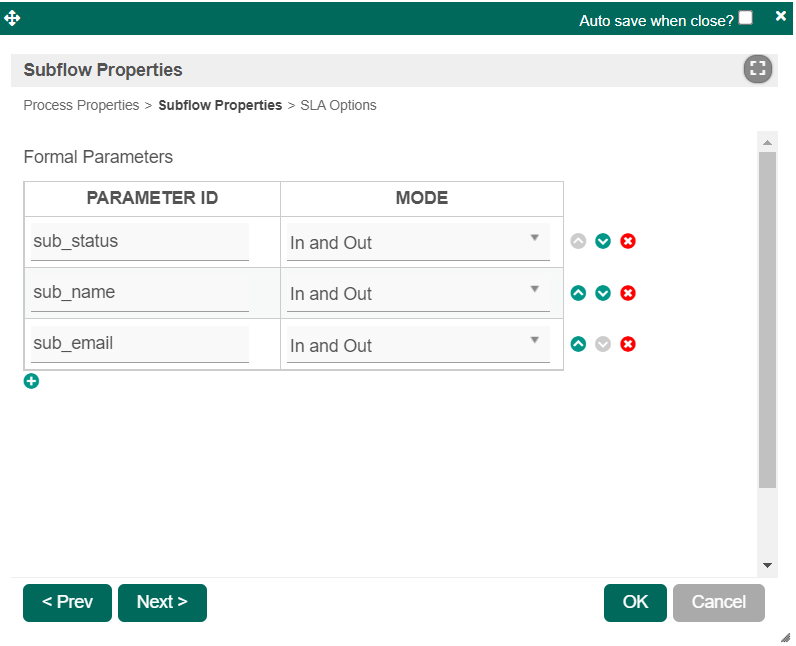 Maintain the sequence of the fields when passing from parent to subflow process. Both the "status" & "sub_status" field id should be in the first parameter row.

In the screenshot above, the subflow process will be executed synchronously. Parameter is set to "In and Out".

Sample app to demonstrate use of parameters in subflow process for Joget Workflow Enterprise v6: APP_process_subflow_parameter.jwa